As our business continues to grow, so will our team. We are currently hiring. Visit our Careers page to find out more.

BITCUB is an offshoot of GIRT mobile.  GIRT specialise in on-line and mobile banking products for credit unions as well as corporate clients operating in payments, transport, sport, media and health.

Having starting working in the Credit Union space in 2012, the Company now has a total of 16 Credit Unions in the UK and Ireland using it’s on-line and mobile banking platforms.

The Company has appeared on Dragons Den, had top grossing apps in iTunes and has accumulated a number of awards over the years. It won the best SCCUL Business Services Company award in 2014 for work with Credit Unions and other businesses.

It’s founder Aonghus O’hEocha has been working in technology for over 30 years, initially working in Engine Design for Land Rover then BMW before venturing out on his own in 1999. Following the design of ground breaking products appearing in such movies such as Men in Black 2, Aonghus went onto to develop the first wi-fi direct speaker system launched in 2002. Following this he has been focused on mobile technology and software such as mobile applications for 6 different platforms enabling deployment across a range of different devices from entry level as used in developing countries right up to top of the range iPhones.

Aonghus began researching the benefits of blockchain and crypto currencies such as Dash in 2015, whilst other members of GIRT staff began investing in Bitcoin.

The Bitcub team as an offshoot of GIRT Mobile includes a group of highly motivated technologists and business leaders with vast expertise in delivering financial products and services to credit unions and other community-focused financial organisations.

Aonghus O’hEocha has 30 years experience working in technology and business. Initially working for Shell in London and then progressing 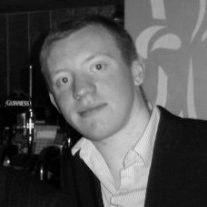